Why emphasize performance monitoring and evaluation of marine spatial plans? 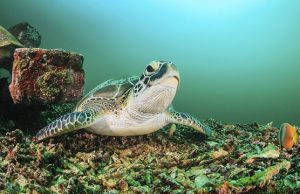 Over the past decade marine spatial planning (MSP) has been recognized as a way to meet multiple objectives – ecological, economic, and social – within an increasingly crowded ocean. It can provide legal certainty and predictability for public and private investment while protecting natural resources like fish and fisheries. At least eight countries (Belgium, The Netherlands, Germany, United Kingdom, Norway, Mexico, Australia, and China, and one province (British Columbia) in Canada, the USA (Massachusetts, Rhode Island, and Oregon) and two German lander (states), have implemented spatial plans for their marine jurisdictions. In three cases, Norway, The Netherlands and Belgium, MSP is already in its second or third generation. At least three other countries (United Kingdom, Portugal, and Sweden) will implement spatial plans for their marine waters over the next few years. Over the next decade almost 50 countries will have produced about 70-80 marine spatial plans at the national (EEZ), sub-national (territorial sea), and state or provincial levels.

But how do you know if these planning processes are working? Considerable resources are being allocated to marine planning, implementation, and enforcement throughout the world, but will the results of these plans be effective, will the benefits of these new marine management programs be worth the costs? Who will bear the costs of the plans? Who will benefit? How will you know what works and what doesn’t? 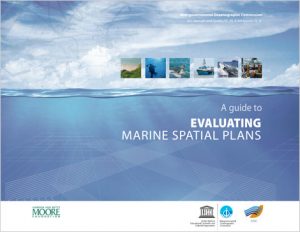 The Intergovernmental Oceanographic Commission (IOC) of UNESCO developed a guide to evaluating marine spatial plans that will assist marine planners and managers monitor and evaluate the success of marine plans in achieving real results and outcomes. Marine spatial plans are being developed in over 50 countries around the world. However, monitoring and evaluation are often considered only after a plan has been developed.

The guide emphasizes the importance of early integration of monitoring and evaluation in the MSP process, the importance of measurable and specific, i.e., SMART objectives, clear management actions, relevant indicators and targets, and involvement of stakeholders throughout the MSP process. In addition to the printed guide, a website supports the eight-step approach outlined in the guide through brief interviews with 10 international MSP professionals that summarized their practical experiences with monitoring and evaluation. The website was produced by the IOC in partnership with the OpenChannels Forum for Ocean Planning and Management and Green Fire Productions. Financial support for development of both the guide and the website was provided by the Gordon and Betty Moore Foundation.